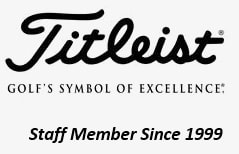 The Director of Golf at Atlantis Country Club since 1999.

Todd is in his 32nd year as a PGA Golf Professional and his 20th year as Director of Golf at Atlantis Country Club. In his 32 years of tenure as a professional, his extensive background and enthusiasm in golf instruction has earned him many accolades. He credits this to his experiences at his former clubs. Having the opportunity to be at 3 top 100 clubs in the country and a lead instructor for the nation’s largest golf school, John Jacobs Golf Schools, he brings that experience and enthusiasm to Atlantis Country Club on a daily basis.

As a South Florida PGA Section Member Todd has been nominated for prestigious awards such as PGA Golf Professional of The Year, Bill Strausbaugh Award, PGA Merchandiser of The Year and PGA Junior Golf Leader.

As a player he has enjoyed tournament golf for many years and is a winner of PGA Section and Chapter events. With a career low round of 63, it is helping others achieve the joy of playing their best golf that gives him his greatest pleasure.